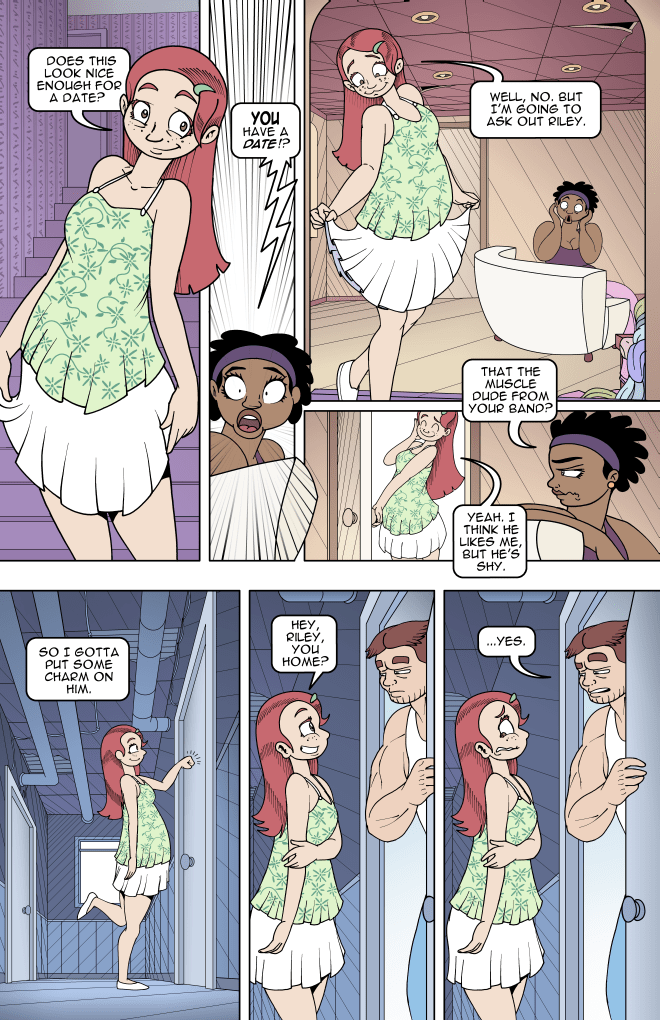 The Life of Riley

I think this scene transition being so tonally jarring is on purpose. Jill tried to talk to the rabbits about saving Amaya, the rabbits weren’t in her closest, well she tried and now she’s living her best life. I mean, it’s getting off to an awkward start, but she’s trying to live her best life by finally making the moves on that douchebag guitarist who hates her!

Jill’s not good at dates. She never does them, because she’s been stuck in a will-they-or-won’t they with Riley for (as we’ll see later) more or less her entire life. Riley hasn’t really “done” anything to Jill, but by dint of his existence he’s kind of thrown the trajectory of her life into a downward spiral, like a black hole.

When this page first went up, the lore post was me recommending people try this obscure new game called Undertale, which had released a few days prior. Now Sans is in Smash bros. The power of my endorsement is immeasurable.