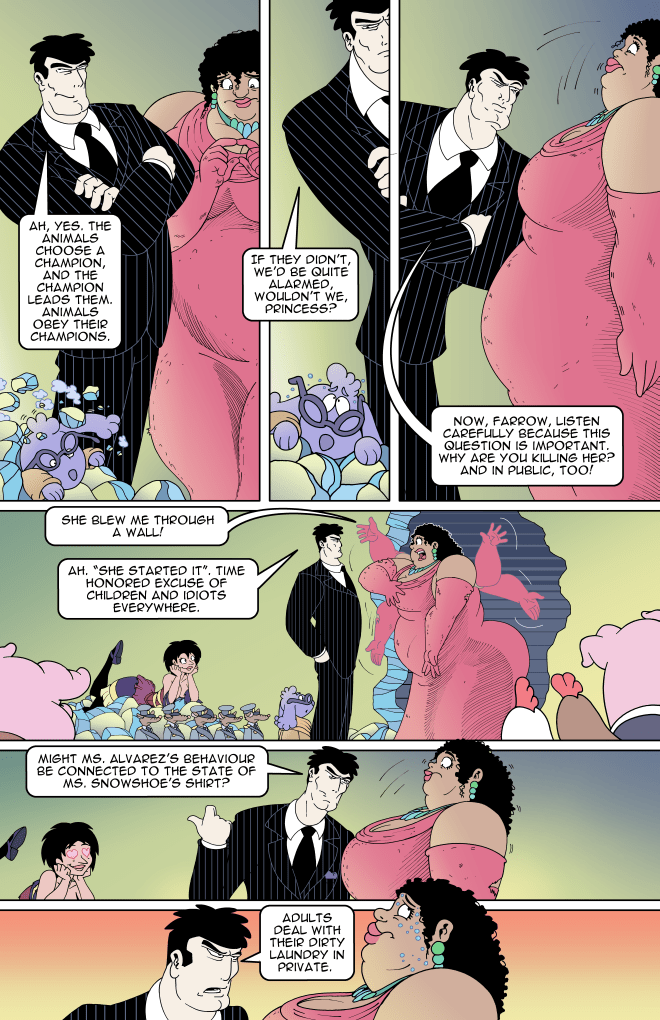 No shirts, no service

I really don’t have much to say on this one, but I like the shirt/laundry pun, that’s cute. Also cute, Molly, who’s apparently crushing hard on Milo here. They seem to have some kind of relationship where she thinks he’s dreamy and he thinks she’s the Cat Champion and needs to be kept ignorant of that fact and under his thumb.

The champions and their order on the tower are based on the Chinese Zodiac, with the rat in first position and the pig on the bottom, (and then the dog, and then the cock, etc). According to stories I found on google and the magical-girls-based-on-Chinese-Zodiac anime Etotama (that came out like a week before LotH launched! I was so mad), cats were originally going to be on the calendar but rat screwed them out of it, and similarly Milo was keeeping Molly from her destiny for reasons I don’t think I ever got to working out, while also keeping her alive so that the cats couldn’t choose a new champion.

The cats live on the half-sunken level of the tower we saw all the way back on page 11, by the way. I had all the worldbuilding figured out and like none of the plot. I should’ve made a TTRPG.

Welcome to WordPress. This is your first post. Edit or delete it, then start writing!