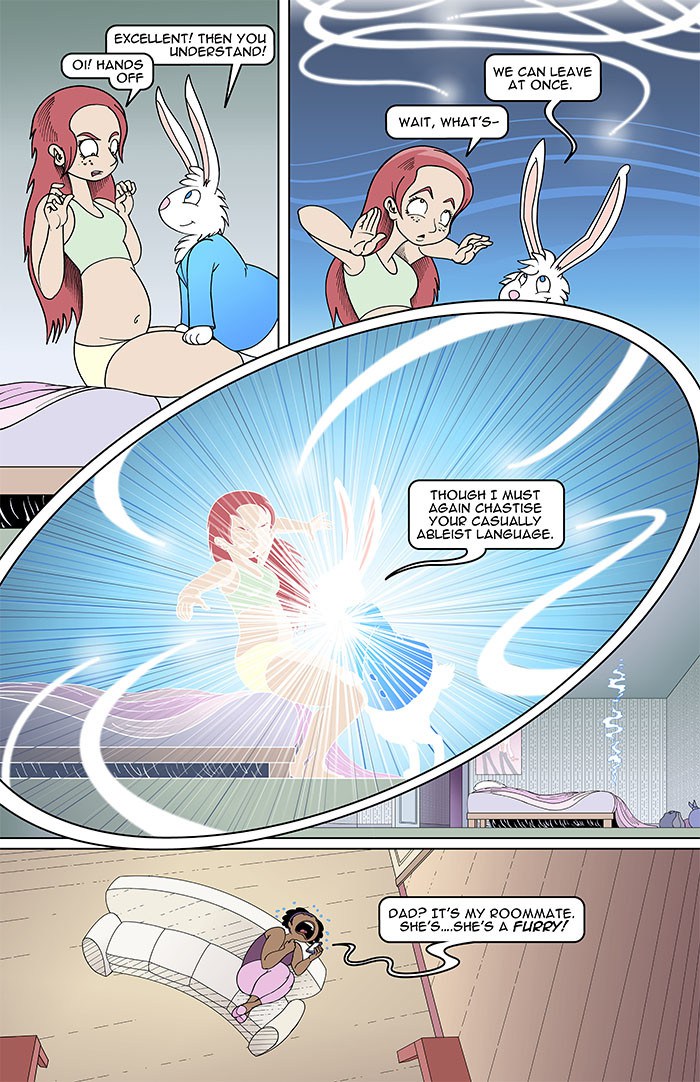 I think this is around where we stop with the “Jill is casually offensive” stuff. Eoin’s chastising her kind of comes off as whingy.

Here’s a great little pre-planning fail: When this page was live on the site, I has no idea how Eoin was teleporting Jill. Was it a power he had? Was it unique to him? Who knows, I didn’t, and I didn’t come up with the Horsestones until basically immediately before they’re introduced in about 70 pages. You might think that the teleporting panel being kind of reminiscent of a gemstone was foreshadowing, but actually it inspired the idea way later.

The idea, never explained in-comic proper, was that the Rabbits, Horses, and Dragons were in an alliance against everyone else, and their advantage was that the horses controlled all ways of transporting from one floor of the tower to another. I had an idea that there were huge Stargate things and the Horses shut them all down. I think there was a lore post alluding to this that went with this page, but it didn’t go over well.

The very first thing I wrote of LotH, a short called “The Stakeout”, actually set this up better. It had Eoin in disguise staking out Jill with the Horse champion. It was very very silly. I’m actually going through some of the cringy old google docs of LotH, so here’s some fun facts!

Up next, the page on which I have a lot to say.

One thought on “And away…we….go”