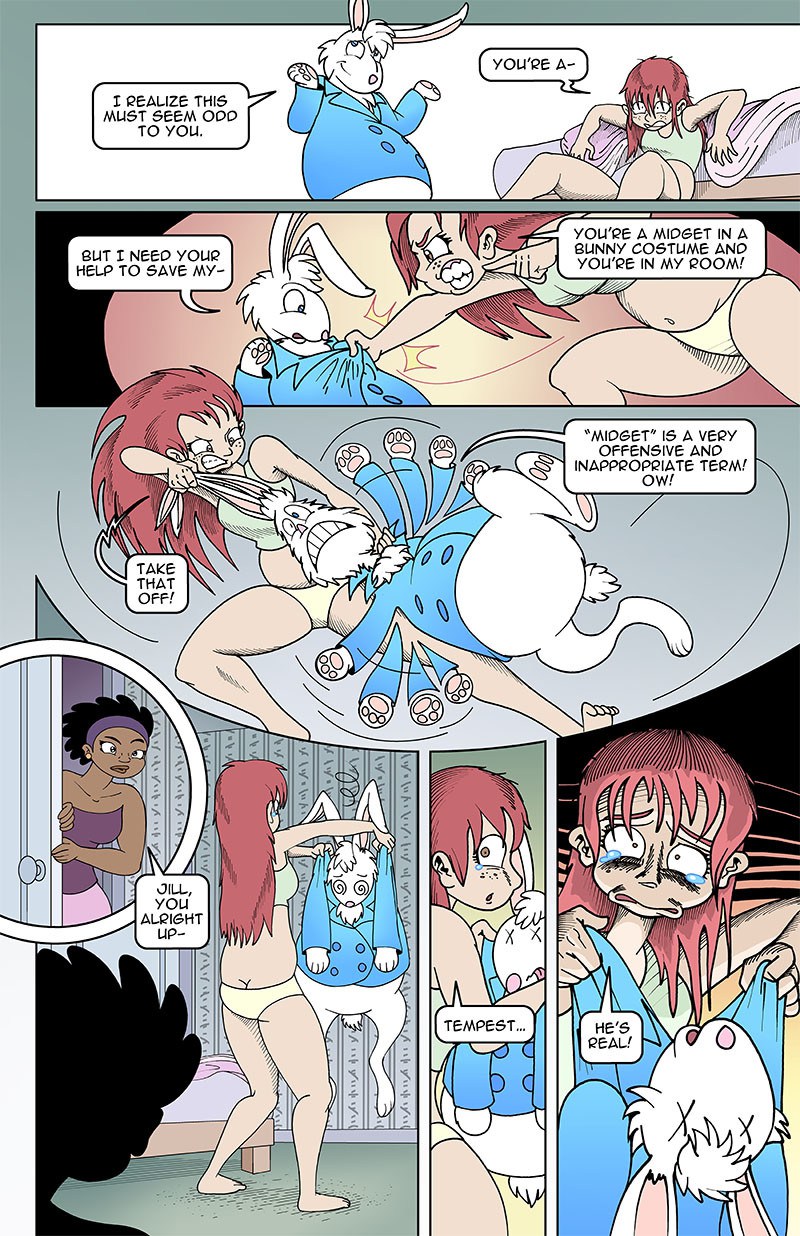 I’ve been trying to put off posting this page, because it’s the first of a sequence I really hate.

I had an idea of Jill being very unlike other webcomic protagonists, mainly in that she was completely uninterested in or even dismissive of “nerdy” things, and that she was maybe a little “problematic”. I kind of viewed her as being a little white trash, but in retrospect I’m not sure if “she uses ablest language casually” was worth the effort, especially since I was so obviously uncomfortable with it even then that Eoin immediately “corrects” her so that no one would think *I* approved of such language! Bluh. Double bluh, since I’m going to do this exact same thing again in like two more pages before Jill’s casual usage of offensive language suddenly disappears without warning as if the author decided it was a bad idea.

Even besides that, this entire sequence goes on way too long. It’s not a very funny joke. Also for some reason I decided Eoin should have X eyes in the last two panels, which is comic shorthand for “dead”, and confused some people at the time.

The next ten pages or so are full of things I’m going to complain about before we get to the soft reboot of the comic (on page 16!!), but in the interest in ending on a positive note I like Jill’s face in the final panel.