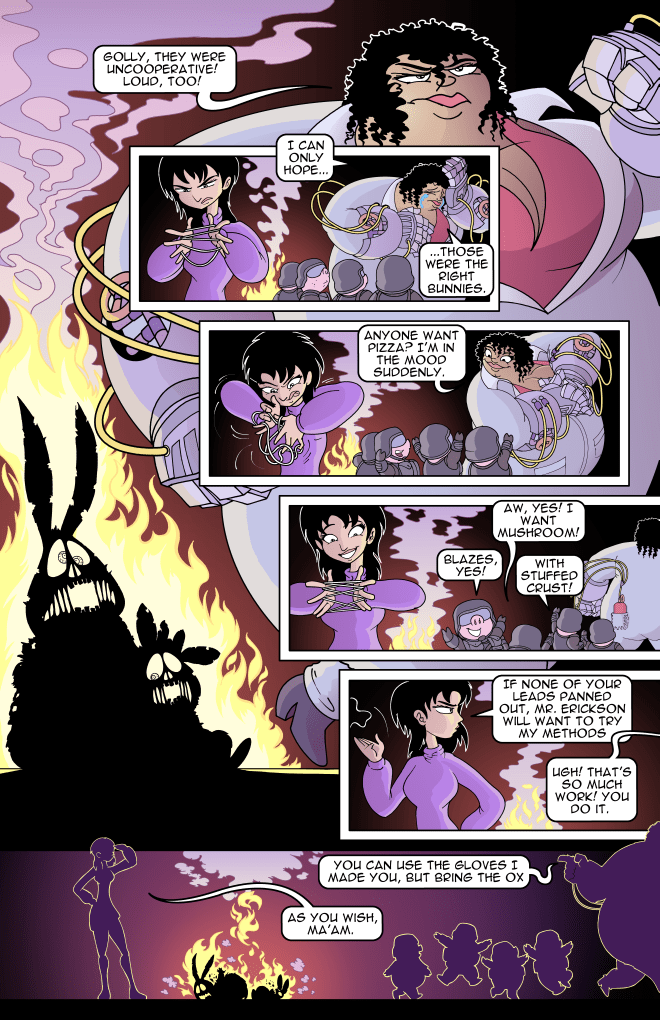 JESUS CHRIST, past me.

Pages like this are a good reason to get an editor, who’ll slap you when you write something this wildly- wait, I had an editor back then! Erik what the hell! This is so dark and gruesome and even this early it was obvious that LotH was going to be a funny comic and not a drama one, and wow man I have nothing to say in my defense. It’s just so tonally dissonant all on one page.

Legend of the Hare: It’s Watchmen meets Cathy! The rabbits will look up and shout “Save Us” and I’ll look down and whisper “Ack!”

I think actually seeing this page is what made me abort the “Molly gets burned” plot point at the last second, even as Peggy sets up Molly having her own flame gloves, which she doesn’t (which means, actually, that the rabbits getting Jill drunk so she’ll become the Rabbit Champion wasn’t actually part of my original planned story, huh).

There were a lot of structural mistakes in earlier pages, but I think this is the point where Legend of the Hare well and truly flew off the rails, not just because the page itself is so broken, but because I realized my plan sucked, threw it out, and started flying blind.