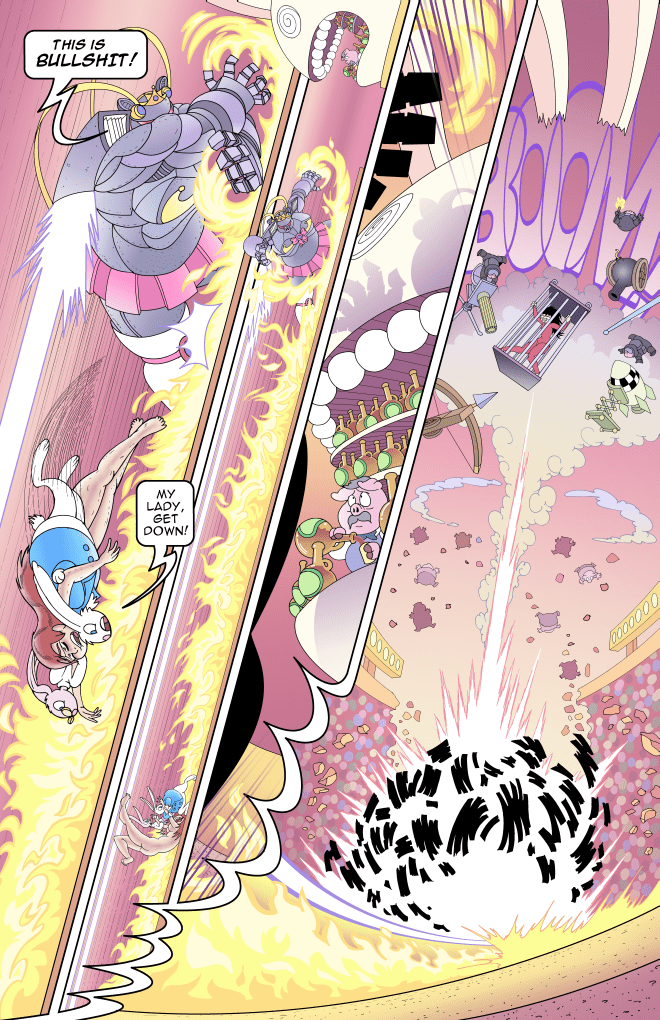 All about the boom

So, waaaaaaay back on page twelve, Eoin gives Jill some Rum, and Amaya warns that “Rabbit Rum is 190 proof”, which would make it 95% pure alcohol and illegal for Jill to have taken back to the state of Massachusetts. Alcohol is flammable at 100 proof and above, so the rabbit rum bar exploding here is maybe the longest I go between setup and payoff in this comic. (I’d break that record in Saffron and Sage by introducing the final member of team Cinnamon Toast Crunch a full 100 pages after introducing Cinnamon.)

Of course, back when I wrote page 12, the plan was for Molly to attack Jill then and there with Peggy’s fire gloves, and to blow herself up and get horrifically burned, but LotH quickly moved in a more lighthearted comedy direction, so I scrapped that, sent Jill back home to establish her backstory, and just kept the “Rabbit Rum is explosive” plot point in the back of my mind until I thought of a better place to use it. But now it looks like I planned it all along when actually I wrote each page of Legend of the Hare like three days before Carlos had to finish drawing it, because I’m a terrible person!