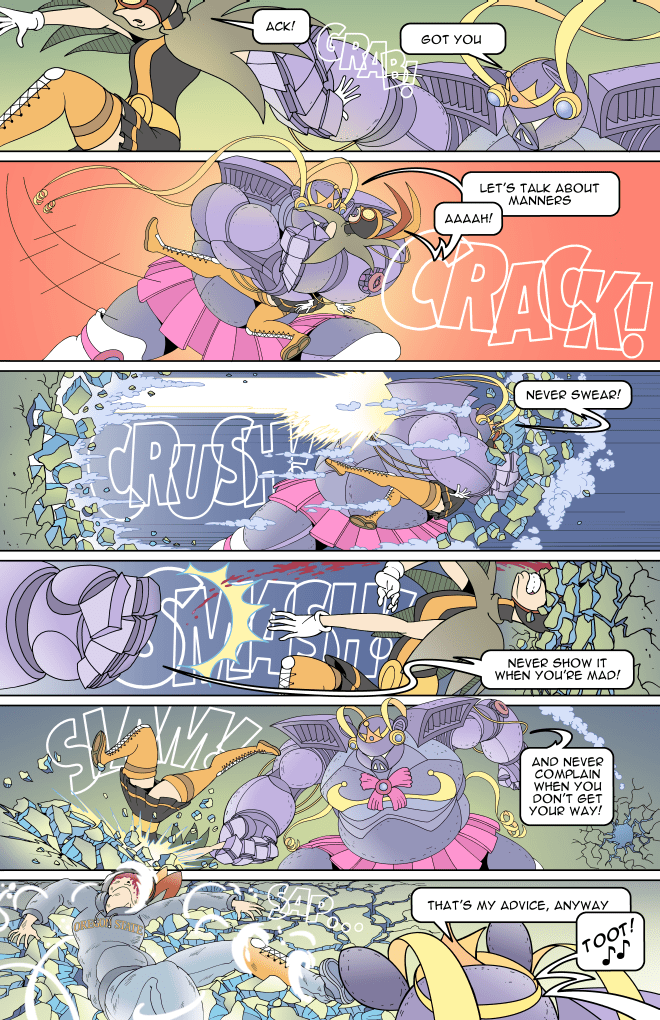 Spoiler Alert: Peggy will break all three of these rules later. This is called Chekov’s Gun. It’s a very obscure literary device most people haven’t heard of it. It comes from an episode of Star Trek where the Russian dude accidentally shoots a tribble.

Helen de-digivolves into her normal outfit. Her sweater says Oregon State, because she’s from Oregon, the fictional location of Gravity Falls, which was a show I was into at the time. Helen, unlike Jill, went to college.  Helen, like most college graduates nowadays, is battered, regretful, and in a hole.