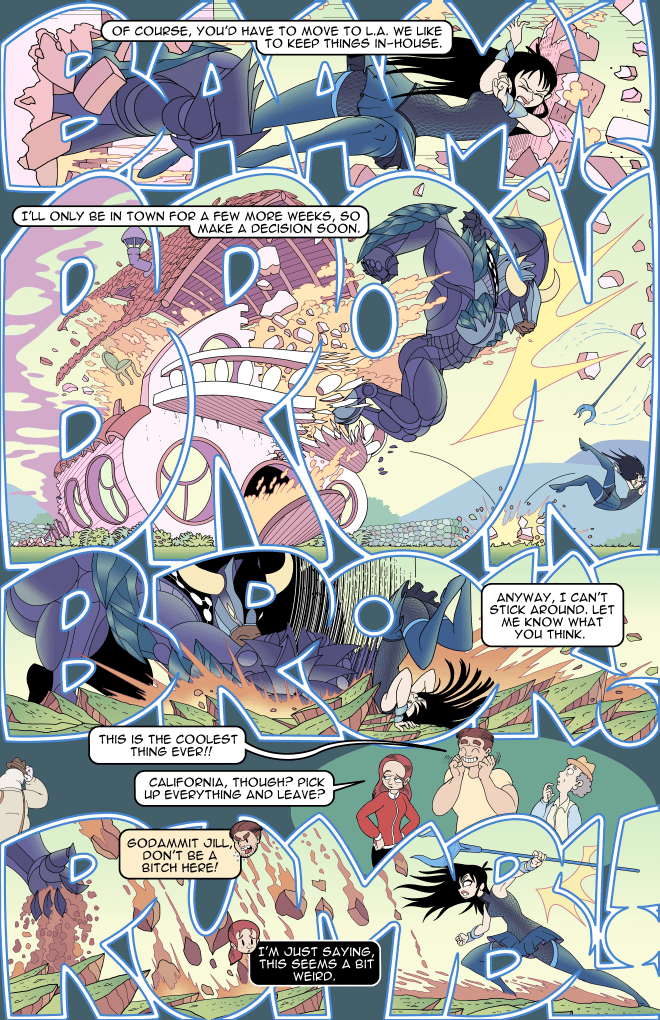 I’m gonna be honest with you all: The main reason I don’t post LotH rapidly even though the pages are all made is that I’m kind of embarrassed by a lot of it, especially the early parts.

Not much to talk about on this page, though. It’s mostly just a big fight. So big that Starflower is paying more attention to the fight than to the scene he’s actually in. The fight’s a much better contender for “the coolest thing ever” than the job offer, which Jill is pretty cool on. Being in a band was never that important to Jill, it was just an excuse to hang out with a dude who calls her a bitch. Jill has terrible taste in men. She’s also very much a creature of habit, preferring a comfortable if unfulfilled life to magical girls or rock stardom. She faces the choice of being a superhero in another world or a musician in this one, and she chooses neither.

Riley, of course, chooses both.