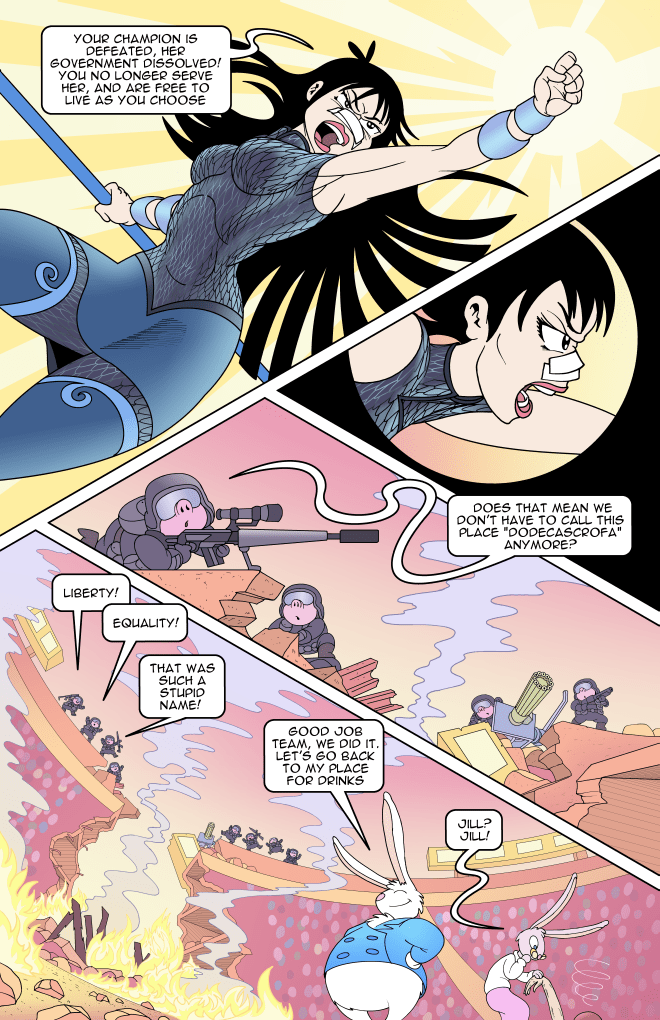 God, this is such a weaker ending to the scene than Jill passing out two pages ago would’ve been. Alas, I’ve kicked myself for that decision already. This page is also a little bit self-hating, too. I thought “Dodecascrofa” (“Dodeca” from 12 since it’s the 12th layer, Scrofa from sus scrofa, the latin name for pigs) was a cool name when I came up with it but I soured on it fast and was kind of embarrassed of it, to the point it’s apparently the single biggest issue the pigs have with living under Peggy’s evil regime. I have similar feelings towards “Botoxica” as a character in Saffron and Sage, which does get points for sounding like a Power Rangers villain but is just way too on the nose for the beauty-standards-obsessive character. Grumble grumble.

Maybe I should try to be more self-aggrandizing, like Eoin there! Look how proud he is, like he did anything!